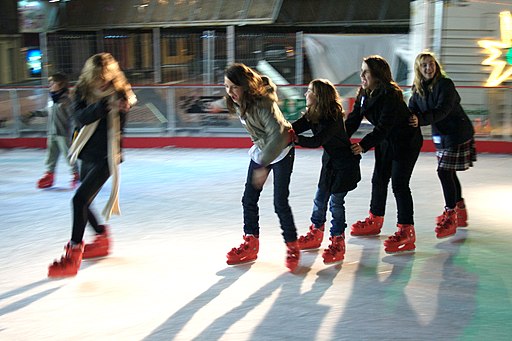 Our blog posts on movement and job interviews helped you with your German language skills. This post will help you discover the up-and-coming Berlin district of Wedding.

Because there’s more to life than learning, or struggling to learn German. American writer Mark Twain struggled to learn German himself, saying that some of its words look more like ‘alphabetical processions’.

Such as Unabhängigkeitserklärung = declaration of independence.

So to begin. When you live in Berlin, you don’t just ‘live in Berlin’. Your home is your Kiez (pronunouced ‘Keets’). Your Kiez is the neighborhood where you eat, shop, meet up with friends. The place that’s hard to leave because it’s where your heart is! Ich wohne in Wedding, am Brüsselerkiez. Wo ist dein Kiez?

So if you live in Wedding, or want to visit, here are three places to check out whether you’re a sport billy, a history buff, or a lazybones like me who likes hanging about in cafes …

Although it maybe be cloudy and cold outside, winter is the perfect time to hit the ice rink! And at Müllerstraße 185 in Wedding you’ll find the Erika-Heß-Ice Pavilion.

There you can skate and glide like an Olympic champion, or hold onto your friends for grim death! You can rent skates there and if it gets  cold outdoors there’s a smaller rink inside as well. Info here.

After all that moving you’ll want to relax, perhaps learn some …

Berliner Unterwelten takes you under Berlin. If you like air-raid shelters, bunkers, and railway tunnels, then book a tour.

The tours they offer include Under the Berlin Wall, Exploring Dark Worlds, and From Flak Towers to Mountains of Debris and they can also guide you in different languages.

The themes are sometimes dark – that’s the attraction of Berlin, right? – but you get to experience the city at a different level in an emotional and humorous way.

After all that sport and history you’ll be ready for a coffee. As in every Berlin Kiez you’re spoilt for choice but try Göttlich on Tegeler Str. 23 in Sprengelkiez. (Göttlich literally means ‘divine’.)

This cafe has everything you need: good cakes, great coffee, but most of all einer gemütlichen Atmosphäre.

(One German must-know word is gemütlich = cosy. Think christmas markets, kittens and … err … christmas and you’ve got the meaning.)

So that’s your three sides to the Berlin district of Wedding.  Check these places out and tell us what you found!

And don’t forget to join us in Wedding at Seestraße 27 at All on Board language school for Smashing the German Job Interview on Saturday 26 Jan from 1:00-2:00 pm. Sign up  by the 22nd Jan by emailing us at info@allonboard.de

In the meantime – enjoy your Kiez!

Well. Whatever brought you here I hope you’re finding your feet, your Berlin and getting settled.

I’m sure you know how to get around by now. Moving by U-Bahn, tram, by bike or on foot, the city is a metropolis of movement.

I didn’t know people came here for that.

More than other cities, Berlin is easy to get around.

So here’s your first tip.

1. Wie sagt man ‘movement’? Bewegung is movement. It can be physical movement or an organisation or association. (Like the scout movement Pfadfinderbewegung.)

Which Berlin is famous for!

Now you’re wondering what I’m doing here. Well I’ll be giving you essential tips on surviving and thriving in Berlin.

Stuff like smashing a job interview, finding a tandem partner, and finding a school to help you learn German.

On that note … I’d like to invite you to our free Smashing the German Job interview! event on Saturday, January 26, 2019, at All on Board school, Seestraße 27 in Wedding!

You’ll meet the staff, learn some useful vocabulary, and do some fun activities.

You’ll be greeted at the door and we’ll explain how to improve your German in a nice environment—with us!

All on Board – Smashing the German Job Interview! – Jan 26 2019 #learngerman #berlin

But back to movement. If you’re relatively new here I bet you’ve moved house, with all those boxes, getting lost, and walking up to those Altbauwohnungen.

So here’s your second and third tip.

We had to move house when I got a new job. Als ich eine neue Stelle bekam, mussten wir umziehen.

Entschuldige, ich muss mich umziehen = Excuse me, I must get changed.***

3. How do you say ‘to be moved’ by something in German? Remember that word Bewegung? That was the noun. We use the verb in a similar way to English.

I was moved by the film = Der Film hat mich bewegt

So that’s your three ways to talk about movement in German. Oh I forgot—what about the half?

Well, if you’re like me, then one consequence of moving is the arguments that sometimes erupt …

So I don’t wish an argument on you—but here are the essential words in German, just in case!

3½. Wie sagt man ‘to have an argument’?  Einen Streit haben

You never argue … really? Not even at IKEA?

Well that’s all. I’ve given you some essential phrases to talk about movement and moving house.

Check out our website. And keep your diary free for Saturday, January 26, 2019 – Smashing the German Job interview!